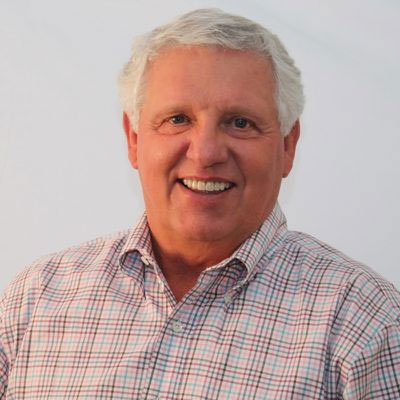 Dennis is a principal and Vice President of Commercial Roofers, Inc. in Las Vegas. Dennis earned a degree in Construction Management for Colorado State University in 1969. He subsequently earned an MBA. After graduation Dennis joined Hawaii Dredging & Construction, the largest general contractor in Hawaii and the South Pacific. During his 13-year employment he was involved in a majority of the major resorts in the Hawaiian Islands, Guam and Singapore.

In 1983 Dennis became president of Honolulu Roofing, the largest roofing and waterproofing contactor in the South Pacific. He was with Honolulu Roofing for 13 years before the company was sold. In 1996 Dennis joined forces with Scott Howard and purchased the largest roofing and waterproofing contractor in Las Vegas and Southern Nevada. Over the last 15 years Commercial Roofers, Inc. has been involved in the construction of the majority ofthe major resorts in Las Vegas.

Dennis has served two terms on the Board for NRCA and Western States Roofing Contractors Association. He also service on the Board of the Las Vegas Chapter of the AGC. He is currently currently serving a 2-year term on the Executive Committee with NRCA. He also services on the Advisory Committee for the Construction Management Program for Colorado State University.

What our clients are saying
“It was a pleasure to have Commercial Roofers, Inc. work on our project. A very professional organization that performs quality work. Look forward to doing more work w/your team in…
Brandon M. READ MORE
Need Help From Us?
CALL: 702.876.1777REQUEST ROOF REPAIR
Get in touch with us
we’d like to hear from you
ABOUT US

Commercial Roofers, Inc. has over 50 years of combined experience in the industry. We have a safety record among the best in the industry, with full time Safety Director, who aggressively enforces our program.